What is a Fleur-de-Lis Tummy Tuck? 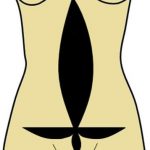 What is a Fleur-de-Lis Tummy Tuck?

Abdominoplasty or tummy tuck is one of the most commonly performed procedures in cosmetic plastic surgery.  Due to the many variations in patient anatomy, the choice between the type of abdominoplasty procedure depends upon the patient’s loose skin, fat, stretch marks, previous scars, and muscle separation.  Current options in abdominoplasty procedures include standard tuck with or without concurrent liposuction, mini, umbilical float, and “fleur-de-lis” tummy tuck.  More specifically, the fleur-de-lis pattern is popularized as one of the cornerstone techniques for abdominoplasty in the massive weight loss and post-bariatric patient.

Fleur-de-lis abdominoplasty (aka a Fleur-de-lis tummy tuck)  is a highly specialized tummy tuck technique typically used in post-bariatric patients after significant weight loss to remove skin both horizontally and vertically which creates two separate scars: one horizontal across the lower abdomen and one vertical along the midline, with the final scar resulting in an upside down “T.”  The term “fleur-de-lis” simply translates in French to “flower of the lily” and is a well-recognized symbol in French monarchy and New Orleans culture – similar to the logo seen on the helmets of the New Orleans Saints.  Consequently, the fleur-de-lis tummy tuck derives its name from the incision pattern once the two incisions have been partially closed to resemble a three-petal iris flower.

The goal of the fleur-de-lis technique is to significantly remove horizontal and vertical skin excess and narrow the waistline to provide the best appearance for the patient.  The fleur-de-lis tuck surgery can be performed on both male and female patients following substantial weight loss and gastric bypass surgery procedures.  Commonly, these patients will have lost over 100 pounds or more who present with massive skin excess of the tummy region.  Unfortunately, standard techniques in tummy tuck/abdominoplasty inadequately eliminate the circumferential skin laxity in the midline and around the waist, thus contributing to their wide girth and boxy appearance.

As compared to traditional abdominoplasty, the fleur-de-lis technique offers several key advantages which include the use on patients presenting with pre-existing midline abdominal scars or upper abdominal subcostal scars following open gallbladder surgery (Kocher incision) and incorporating the fleur-de-lis abdominoplasty into a simultaneous circumferential lower body lift or belt lipectomy.  Patients presenting with upper midline abdominal scars from previous bariatric surgery or gallbladder removal may develop interruption of the blood supply to the adjacent skin.  Therefore, the fleur-de-lis technique safely removes skin excess that may otherwise be subject to skin ischemia and necrosis if traditional tummy tuck techniques are used.  In addition, it is not uncommon for post-bariatric patients to present with additional skin and soft tissue redundancy to the flanks, back, and buttocks.  In these particular cases, the fleur-de-lis abdominoplasty technique with or without concurrent liposuction is designed to extend the scar circumferentially around the body to remove a complete block of tissue in a 360-degree manner.